Below are some of the students' stories of the designs as well as some renderings and floor plans from each.

"For the fourth-year studio project, I am currently designing a memorial located in Washington, D.C., for the Disability Rights Movement. After my research about FDR, who was confined to a wheelchair during his presidency, this movement inspired me. Others thought that due to his immobility that he was incapable of doing his job. Not only do I want to bring awareness for the immobile, but also sight impairment and hearing impairment as well. I want others to feel as though they are accepted in this world, and they do not feel like a burden. I want people to know that they are not an afterthought into my design. Creating a structure that is a universal design and accessible for all to use can educate others, like peers, and hopefully, bring awareness to a topic to help address it and prevent the issue in the future."

"I am working on a WWII Japanese Internment Memorial building located on Miracle Mile in Downtown Los Angeles. The building has a heavy timber structural system and surrounds a private courtyard. One important aspect of my design is the traditional Japanese garden that is at the heart of the site. It provides a quiet and reflective space from the outside world, which is important when memorializing painful historical events such as this one. The garden also pays homage to the culture of those affected by the camps."

"I am designing a memorial honoring the Stonewall Riots that started the gay rights movement and more specifically trans women of color who were the backbone of the community at this point in time. The six colors on the pride flag all have different representations, and I have taken those ideas/meanings and created a program for each in my memorial. For instance, orange represents healing. When I think of healing in terms of program and something the LGBTQ+ community needs, I think of mental health therapy. Studies have shown that roughly 40% of queer youth have seriously considered suicide, and that is not even taking into consideration the adults. The memorial I have designed contains a small ampitheater, free therapy, a community center, a museum, many reflection spaces, and a Marsha P. Johnson and Sylvia Rivera Memorial. This goal for my design is to serve and support the LGBTQ+ community, as well as educate others about the importance of equal rights and equity."

"I am designing a Sexual Assault Memorial and Museum, located in Memphis, Tennessee, in connection to the Memphis race riots during which two women were raped. This design uses a lot of wood detailing to symbolize living, naturality, and strength. This wood is specifically used through the heavy timber structural system where some of the columns I designed portray an abstract person. These columns symbolize and represent the strength and support of the people who have spoken up about their sexual assaults and have pushed for change in the laws and protections around sexual assault. This memorial overall aims to provoke change through understanding, as well as support and uplift people who are sexually assaulted." 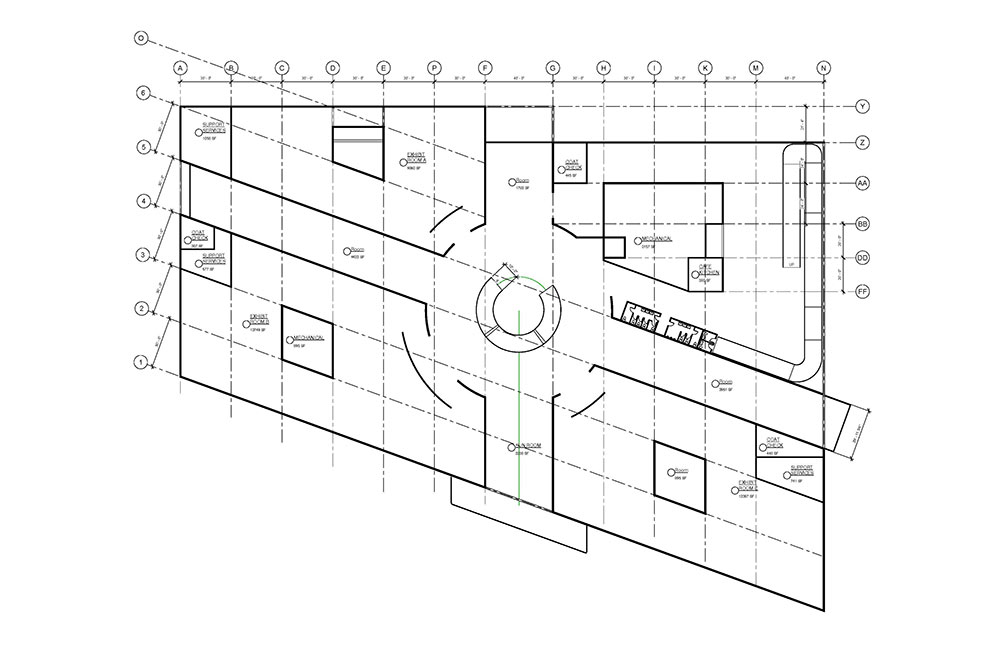 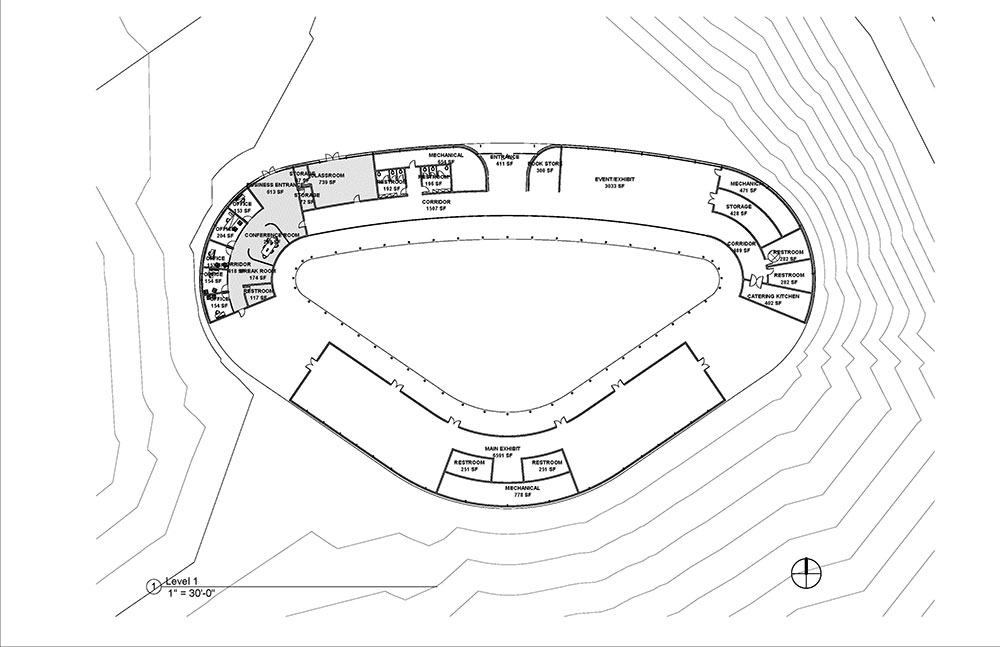 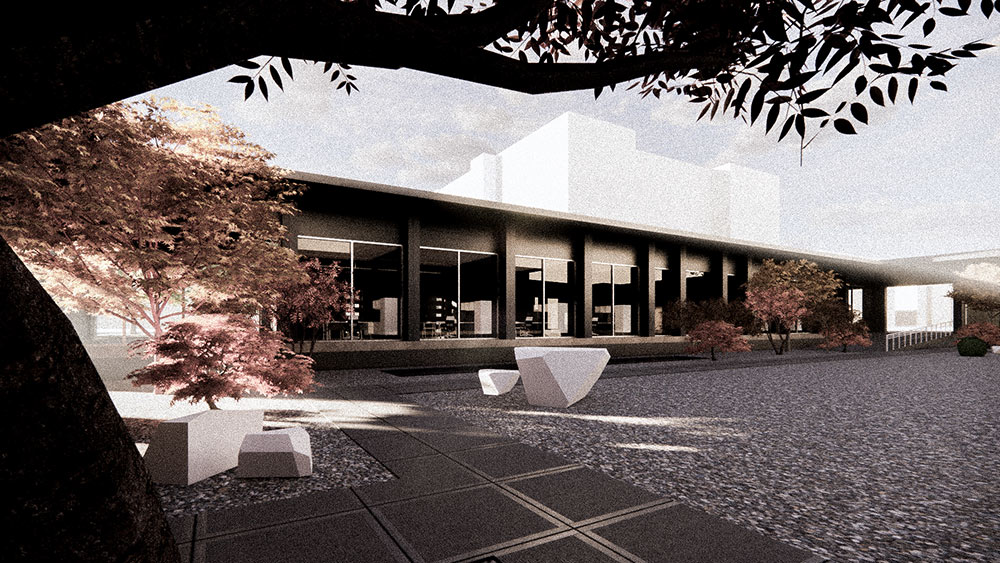 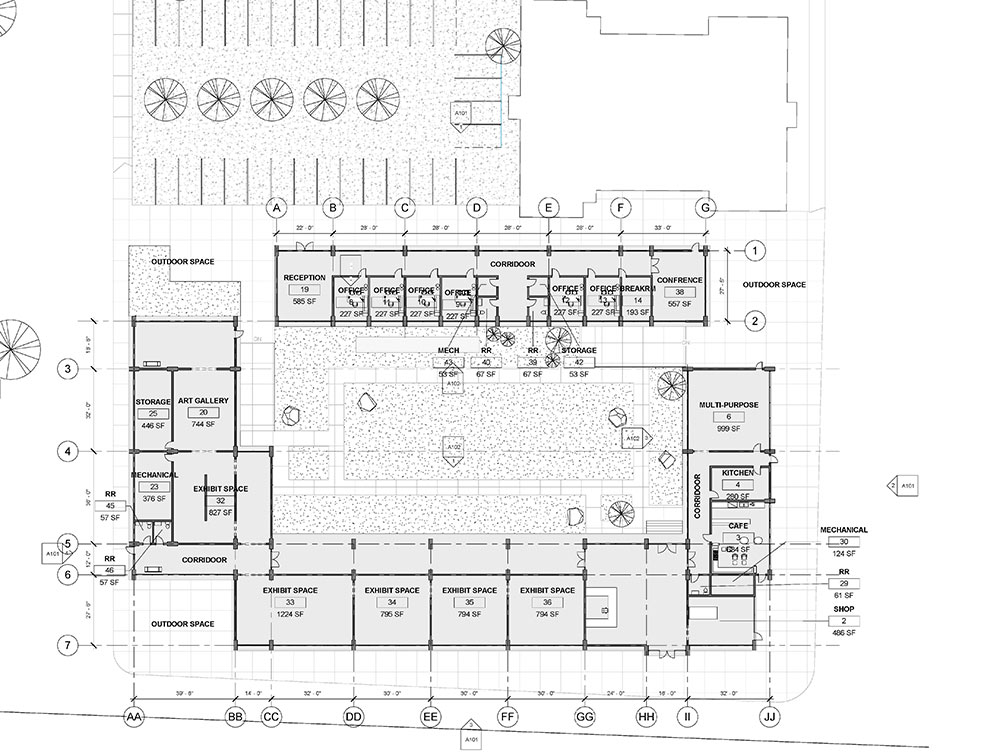 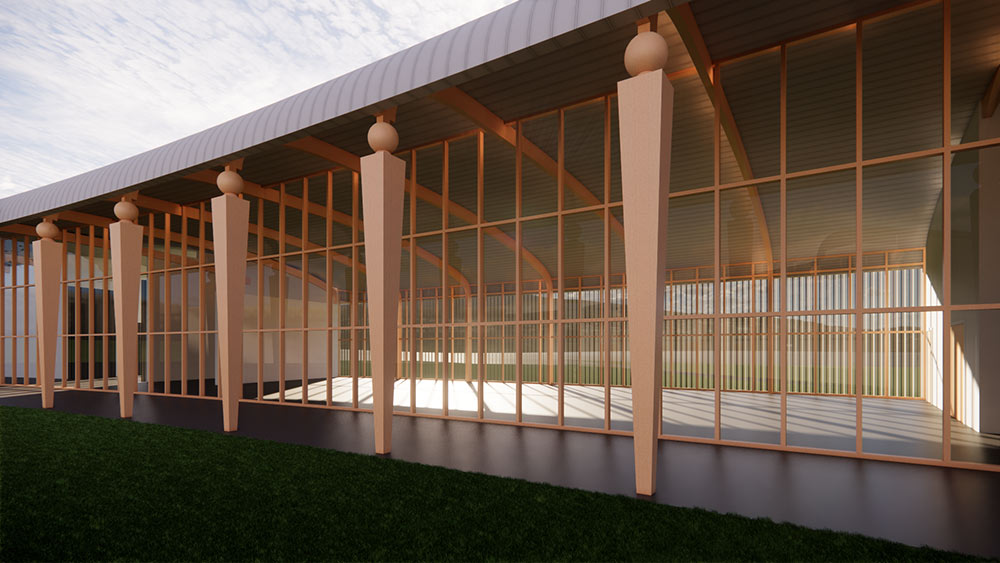 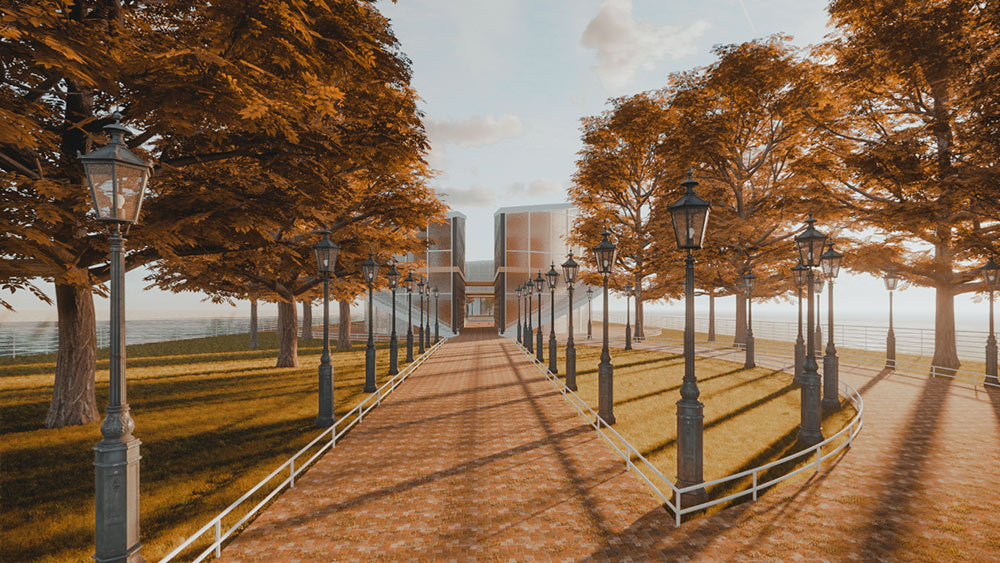