The Building Construction Science Program honored its second graduating class during the annual Awards & Recognition Banquet on Friday, May 11.

Members of the senior class and their parents were invited to attend the banquet at the Ritz Theater in West Point, where the Director’s Medallion and Student of the Year awards were announced.

Students of the Year

Students earning the highest GPA from each class are recognized as Student of the Year in their class. 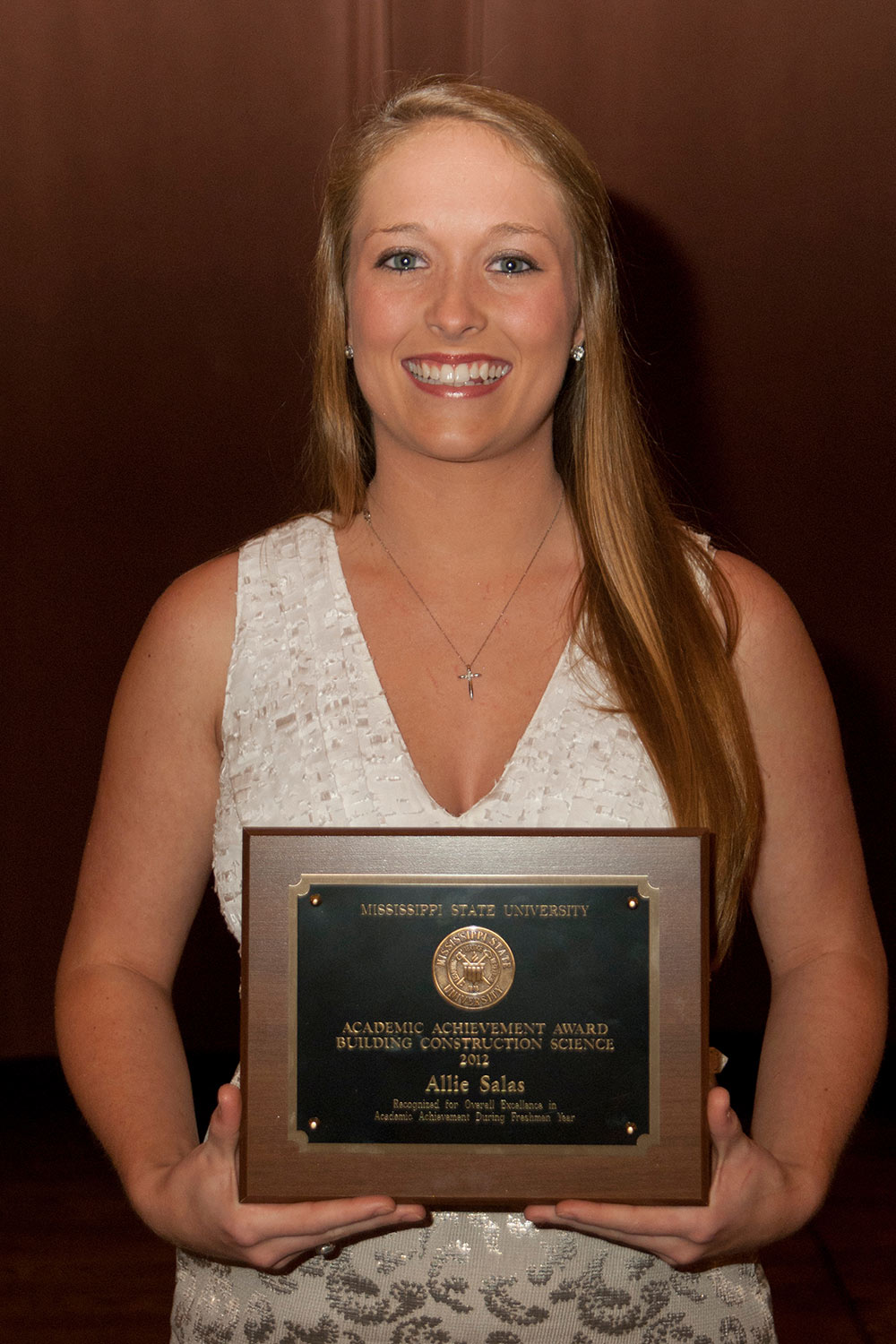 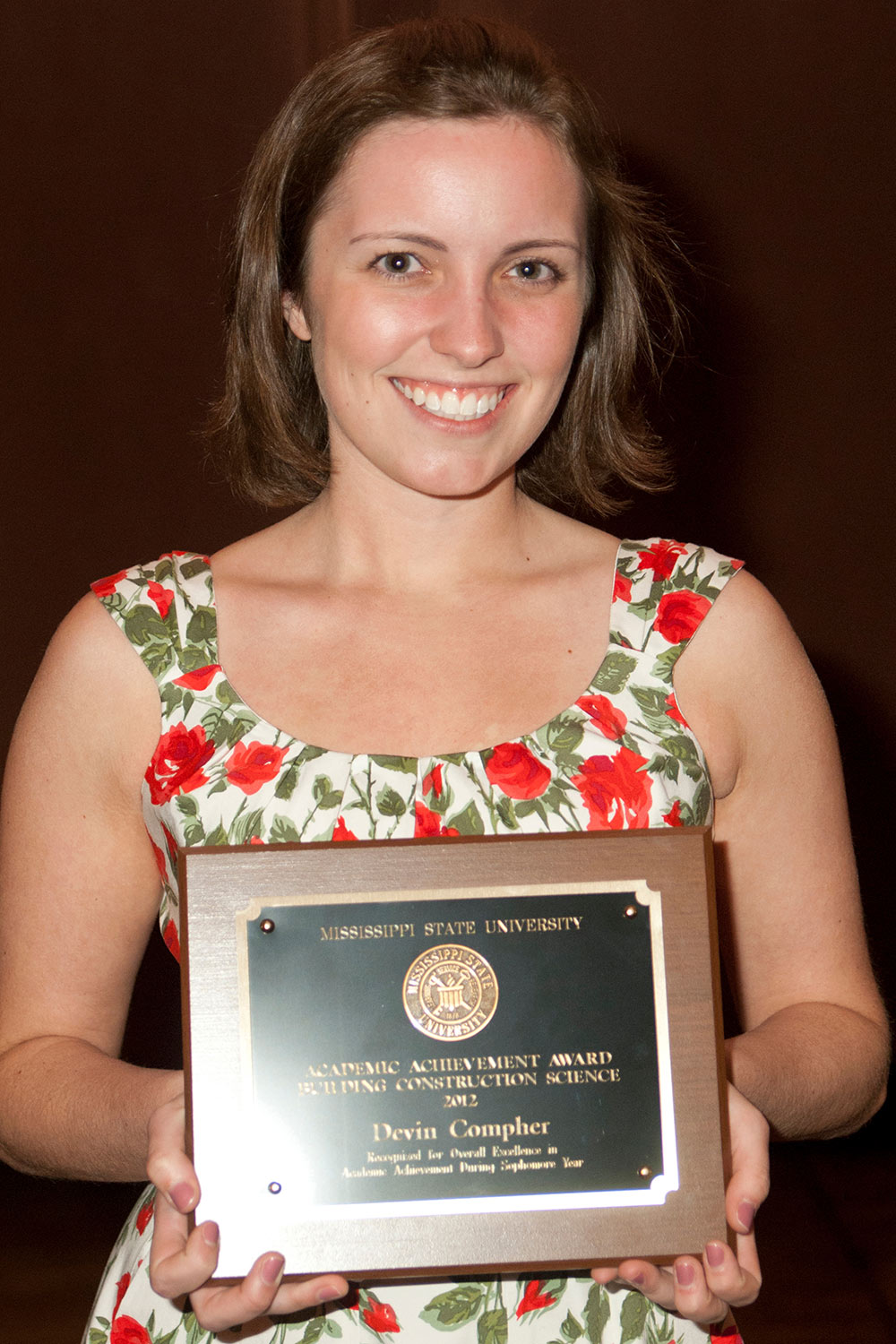 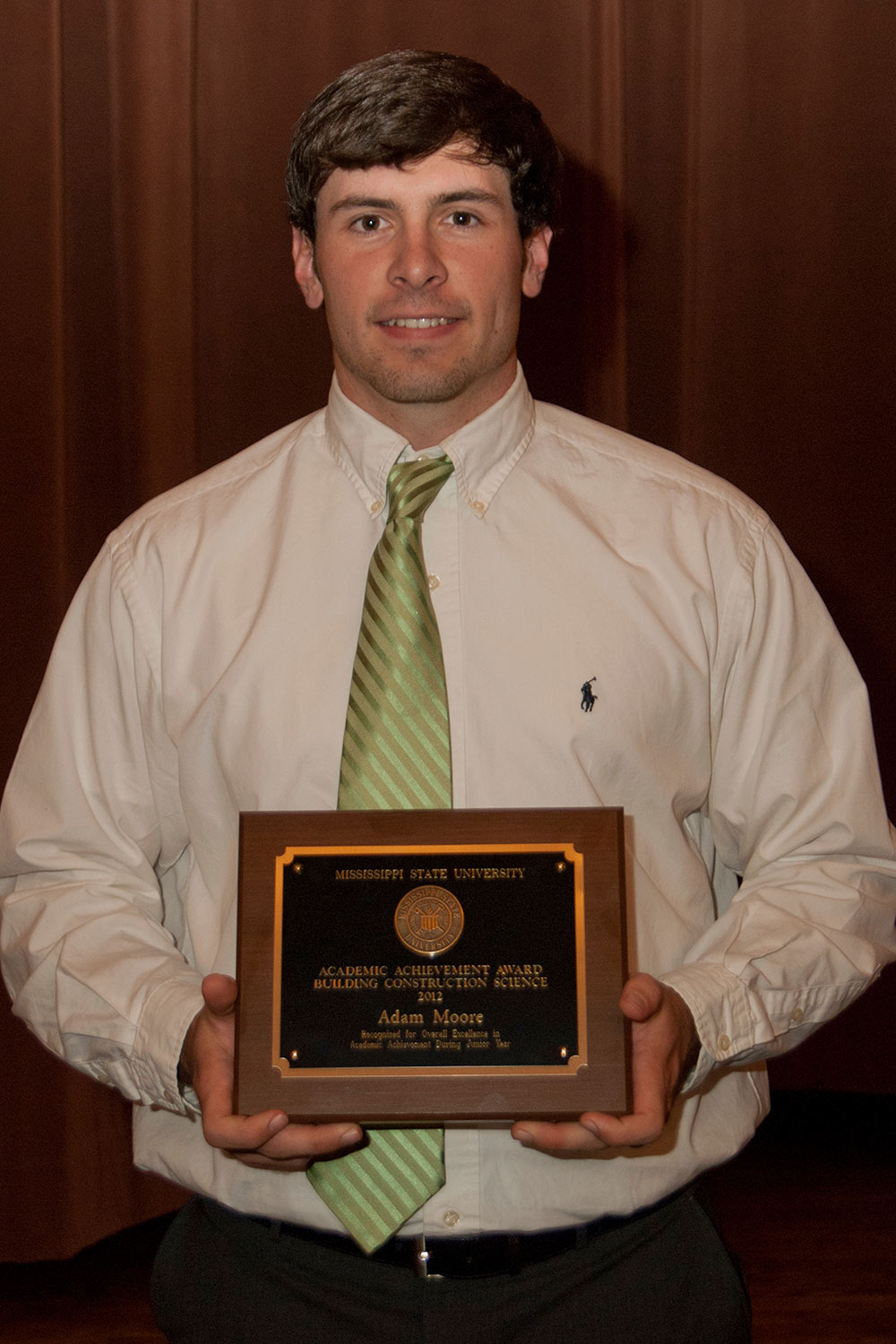 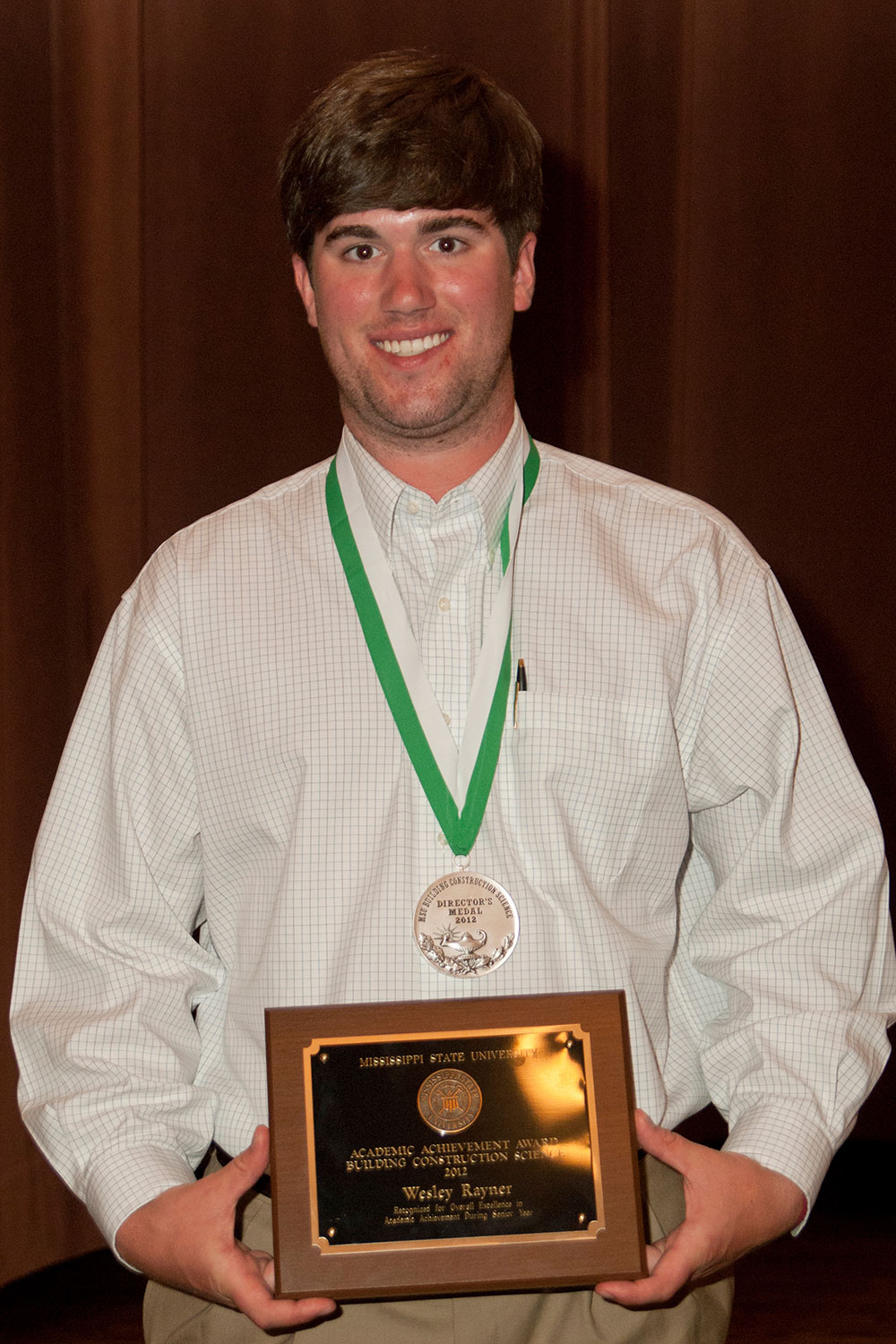 The Director’s Medallion is awarded to a member of the senior class that has shown leadership, participation, performed well academically and developed as a professional during his or her time in BCS program.

The 2012 Director’s Medallion was awarded to Wesley Rayner. He was selected by the BCS faculty and director to receive this honor due to his dedication to the program, and he possessed all the characteristics valued by the program.

Congratulations to the BCS graduating class of 2012. We wish you great success in all your endeavors.

View more photos from the event.