To Hellenistic and Back 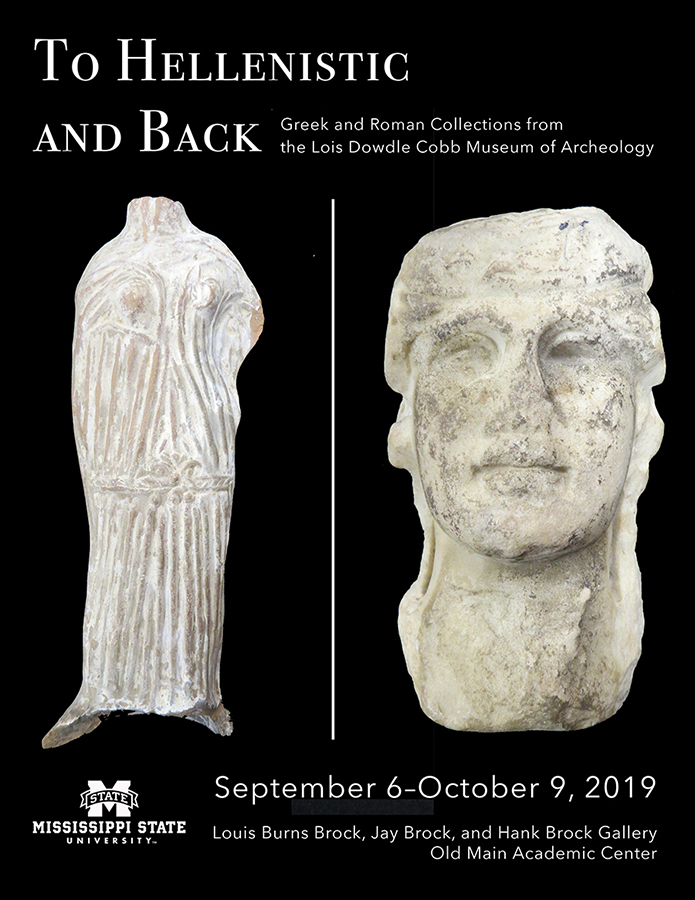 To Hellenistic and Back

This fall, the MSU Shackouls Honors College celebrates classical drama with a performance of “The Braggart Soldier.” A Roman comedy written around 205 B.C. by the playwright Plautus (c. 254–184 B.C.), the play is set during the Greek Hellenistic Period, a time after the death of Alexander the Great in 323 B.C. when Greek or “Hellenized” culture spreads across the Mediterranean and into Asia. Also, during this time, the Roman Republic becomes more powerful and expands into Greek territories. Roman culture, including dining habits, fashions, religious customs, and the theatre, is influenced by the close contact with the ancient Greeks.

Organized by the MSU Museums and Galleries Committee, the Department of Art, and the Lois Dowdle Cobb Museum of Archeology this exhibition of objects from the Cobb Museum of Archeology gives insight into the everyday life of ancient Greeks and Romans. These ancient objects dating from the 4th century B.C. through the 2nd century A.D. and replicas of original artifacts help visually create a setting and context for “The Braggart Soldier.”